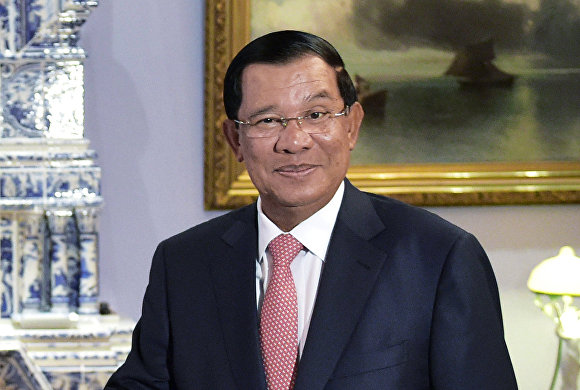 The ASEAN — Russia Summit will provide an opportunity to outline new goals for further bilateral interaction, said Prime Minister of Cambodia Hun Sen in an interview with the TASS agency. He will lead the delegation of Cambodia at ASEAN — Russia Commemorative Summit in Sochi on 19-20 May.

Mr Hun Sen said that in the two decades that the comprehensive partnership between Russian and ASEAN member states has existed, it has become possible to reach significant progress on a whole range of important issues, including politics, security, trade, culture and people's diplomacy.

The upcoming ASEAN — Russia Commemorative Summit, Mr Hun Sen believes, will allow the leaders not only to summarise the results of the 20-year-long cooperation, but also to determine new goals for future interaction. The Prime Minister said that Cambodia is confident that this summit will facilitate the further development of partner relations between Russia and ASEAN with a view to reaching a higher strategic level.

The ASEAN — Russia Summit, dedicated to the 20th anniversary of the ASEAN — Russia Dialogue Partnership, will take place on 19-20 May in Sochi. The Comprehensive Plan of Action to Promote Cooperation between the Association of Southeast Asian Nations and the Russian Federation 2016-2020 is expected to be approved at the summit, as is a report by the ASEAN — Russia Eminent Persons Group, which was formed in 2015 at Russia's initiative and consists of representatives of diplomatic services and academic circles.