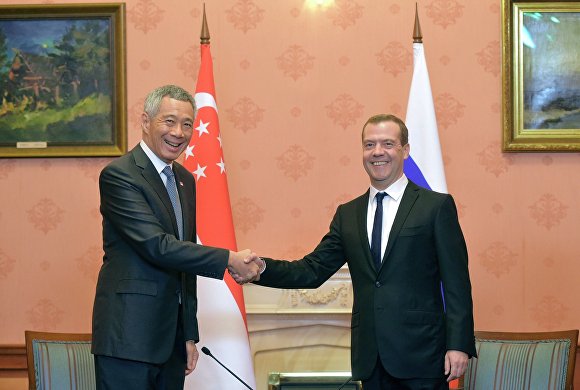 Dmitry Medvedev praised the summit's role in strengthening Russia's relations with the 10 member states, including Singapore.

"I believe that it [the summit] is very important for deepening Russia-Singapore cooperation, for increasing Russia's presence in the region and for a better understanding of developments in ASEAN countries," he said.

Lee Hsien Loong pointed out the effectiveness of Singapore-Russia cooperation.

Dmitry Medvedev said they had discussed almost all key cooperation issues at their talks, following which the Russian and Singaporean prime ministers signed two memoranda.