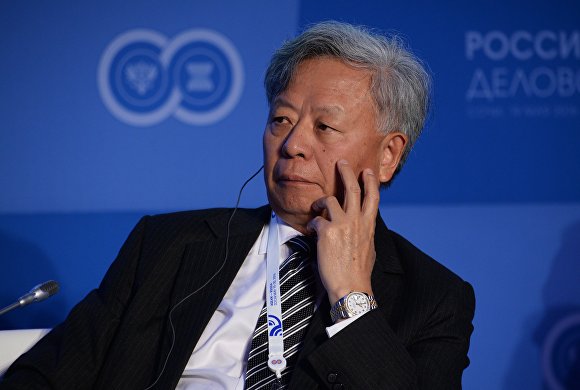 AIIB President: Russia and ASEAN have great potential for cooperation

The Asian Infrastructure Investment Bank (AIIB) is viewed as having great potential for ASEAN — Russia cooperation, said AIIB President ‎Jin Liqun in his address during the ASEAN — Russia Business Forum in Sochi.

"I believe this is not just about ASEAN — Russia cooperation, but also involves the whole of Eurasia," he said. "Historically, it was customary to divide the world into East and West, and the two were not always sufficiently linked. We will promote investments in infrastructure projects as part of the Silk Road initiative in order to promote interconnectedness and convergence in the region."

Vladimir Putin met with Jin Liqun the day before to discuss issues related to AIIB activities, including the bank's involvement in financing projects in Russia.

"I very much hope that under your leadership, AIIB will take its rightful place in the structure of international financial institutions, and will definitely complement the IMF and the World Bank," Vladimir Putin said. "We know that you are determined to have this institution working in the market environment."

The Russian President described the AIIB President as a very experienced professional, and stressed that he expects the bank to work effectively, especially in the Asia-Pacific region's infrastructure. "We can propose a number of interesting projects in Russia: an extension of the Trans-Siberian railway, development of the Northern Sea Route, the special economic zones in the Russian Far East," he said.

In turn, Jin Liqun called Vladimir Putin "a very effective and strong leader of Russia." "You have consistently been a widely respected figure in China. Despite the fact that the global economy is currently posing challenges for some countries, probably for Russia as well, we are confident that under your effective leadership, Russia will overcome all the difficulties," the head of AIIB said.