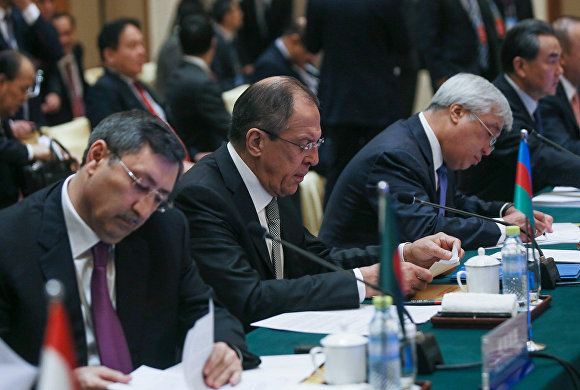 The creation of a broad economic space will be a high-priority issue at the ASEAN — Russia Commemorative Summit to be held on May 19-20 in Sochi, Minister of Foreign Affairs of the Russian Federation Sergei Lavrov said at a meeting of foreign ministers of countries parties to the Conference on Interaction and Confidence-Building Measures in Asia (CICA), held in Beijing on April 28.

The logic of indivisibility can be applied to the security sphere and to the global economic space, the minister noted. Those involved in the Eurasian integration project, including Russia, Kazakhstan, Belarus, Kyrgyzstan and Armenia, are guided by this philosophy.

"The Eurasian Economic Union is not in opposition to other integration formats. We are ready to work on their harmonisation. A joint movement towards the ‘integration of integrations,' the merging of ambitious national and transborder projects will open up broad and mutually beneficial prospects," Mr Lavrov stressed.

He recalled that Russia and China had already agreed to align Eurasian integration with the Silk Road Economic Belt project. Russian President Vladimir Putin has voiced an initiative to establish a wide-ranging economic partnership between the Eurasian Economic Union, the Shanghai Cooperation Organisation and ASEAN.

"Sochi is to host the ASEAN — Russia Summit in less than a month, and its agenda will prioritise this issue," Sergei Lavrov said.